- Whatever other findings you'd like to complete your projects

For dramatic contrast start with a thin layer of black resin and let that set for 3-4 hours. Then pour clear resin and insert your films. For a more subtle effect start with a clear layer of resin to fill the bottom of your bezel, add films, then dome up your bezel.

You'll need to use tape or resin backer film to keep the liquid from flowing through.  Pour a thin layer of clear resin, add your films and allow to set up.  Peel off backing, flip over, and dome up the back side with black resin for drama or clear resin, for a nice smooth finish. 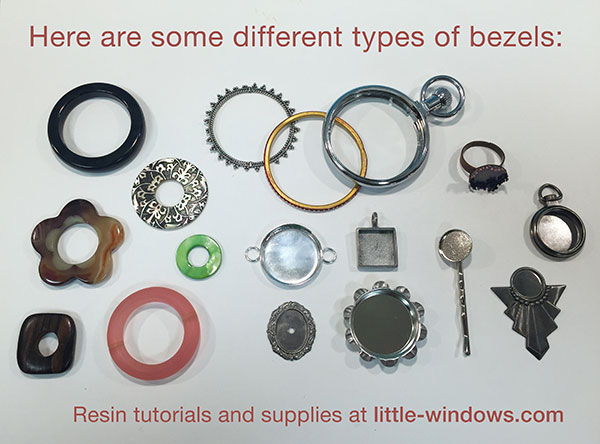 Here are some pretty Dichro-ISH Film bezels one of our Amazing Maker customers made: 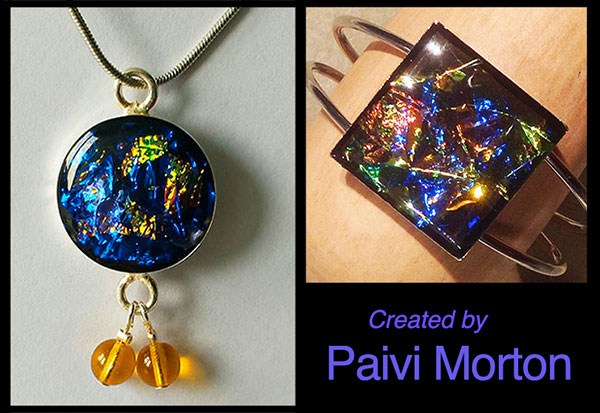 Here's another simple project made with heart-shaped pieces: 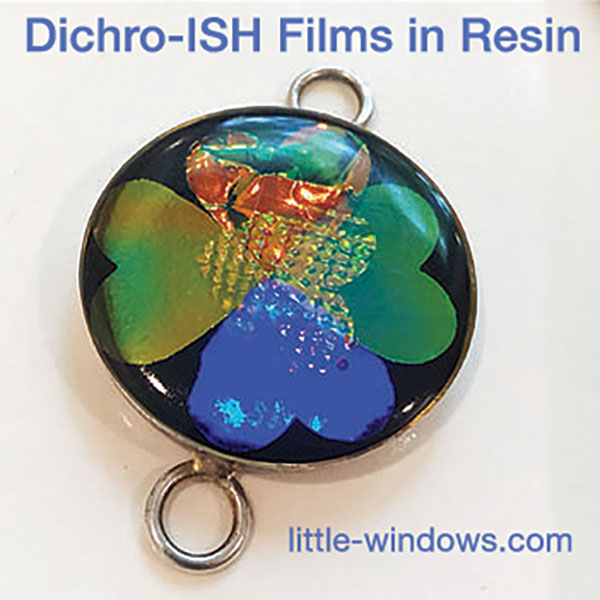 This simple shape has 2 different colored layers of crinkled Dichro-ISH Films, no black behind: 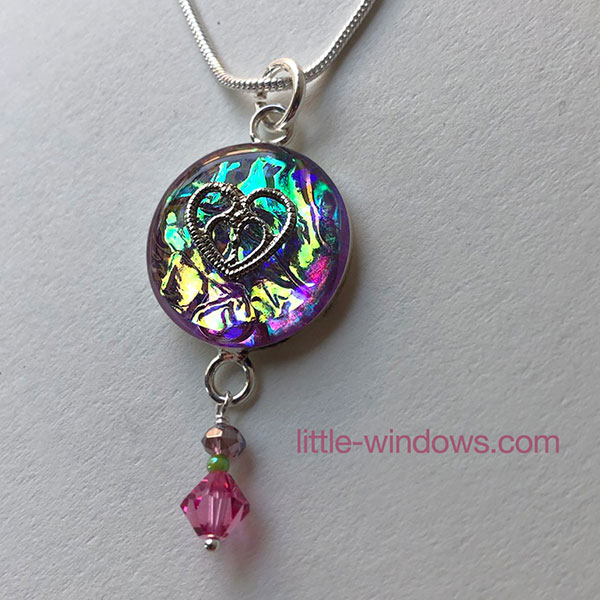 These colored bezels all have a layer of black resin behind the crinkled Dichro-ISH Films, the photo bezel has some strands of Dichro-ISH Film layered on top. 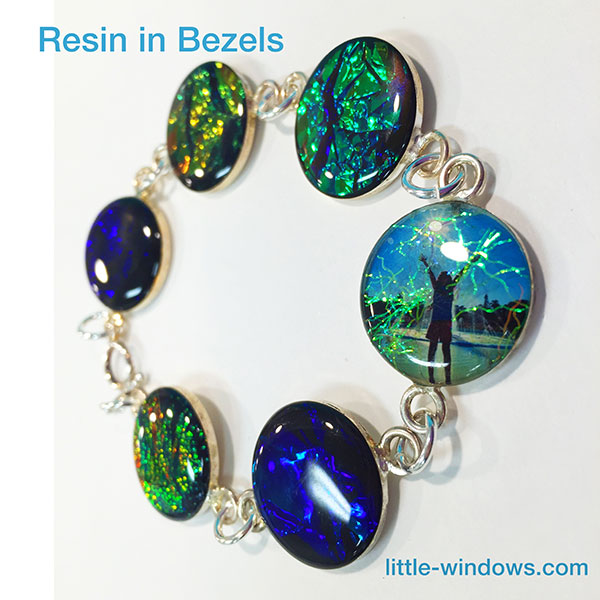 These next two combine photos and Texture Film: 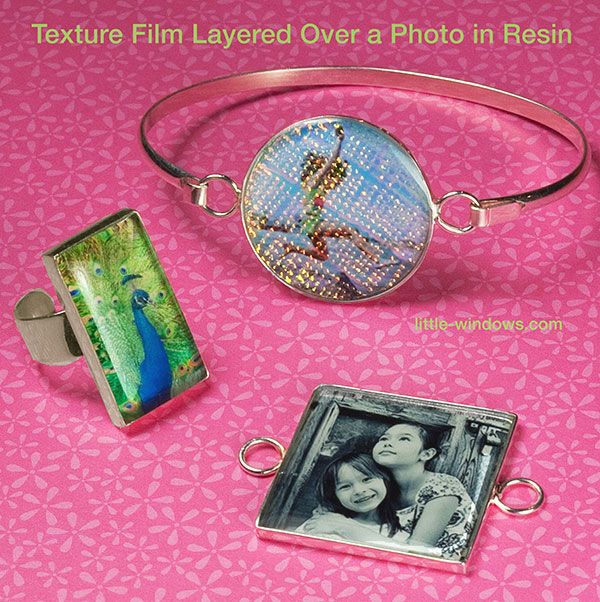 First I crinkled up a bit of Texture Film until it was nice and opal-y, and added that to a thin layer of clear resin.  The butterfly image is printed on our Clear Photo Film and layered on top so the sparkle comes through the color. 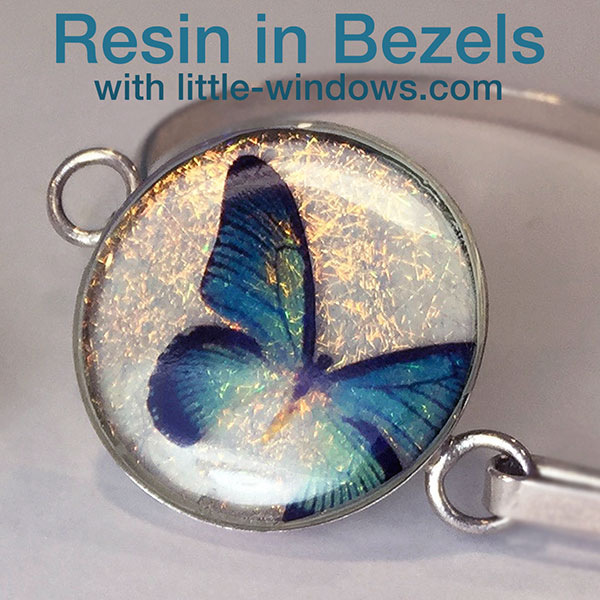 And these two were created in open-backed bezels: 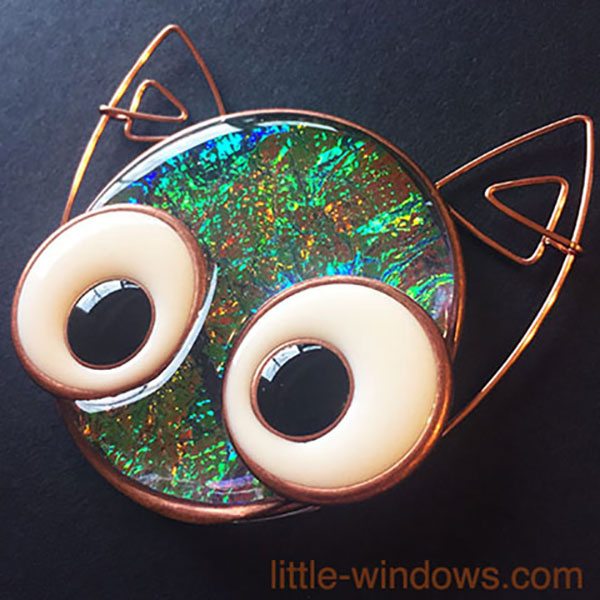 This one just has bits of film behind the dragon charm to add texture and drama. 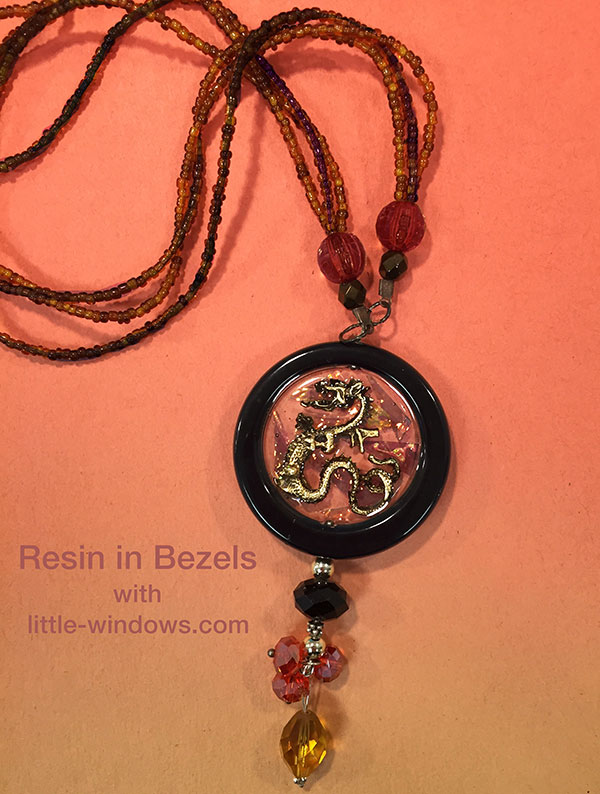 IDEAS+HOW-TO's
Want to learn more about a product, technique, type of project, or topic?
See more project ideas sorted by...
Newest Effect Type Event Material
Choose an Effect/Technique
Choose a Type/Form of Project
Choose an Event, Theme, or Holiday
Materials you can put in Resin
}